Skip to content
Marca: Colombians around the world, Natalia Gaitán, a future dedicated to helping girls through soccer scholarships

Colombian Natalia Gaitán, captain of Valencia Femenino, stated in an interview with EFE that her personal future involves opening the doors to girls through scholarships and opportunities in different parts of the world so that they can devote their lives to playing soccer.

The 29-year-old soccer player and international team member for her country plays as a central and midfielder in Valencia, after having played in places like Colombia, Argentina and the United States. These days she combines soccer with the job of scout for company Sports Unlimited, which facilitates scholarships in American universities.

The objective of the programmes this soccer player takes part in is the development of women’s soccer and opportunities for female players.

“I have always said that when I end my sports career I want to continue involved in sport, especially in my country. In the end, I want there to be more and better opportunities for girls to develop with relative ease and that their respective futures can be linked with soccer” she said.

Gaitán was awarded a scholarship in the United States, where she combined a career in Administration and International Business with soccer. “I’m trying to give future players the opportunity that I had. At the moment I’m more focused on Valencia, which is where I live, but I hope to be able to help both in Spain and in Colombia or throughout South America” she added.

Her scouting job focuses on searching for videos and statistics of the players to analyse their characteristics.

Once she has all this information, she contacts the selected players and, if they’re interested, she offers them the chance to get a scholarship.

Gaitán remembers her time at the University of Toledo (Ohio) as one of the “most valuable” experiences of her life, as in two years she was champion of the university league with her team, the Toledo Rockets. She highlights the respect and support given to university athletes, who are treated “like professionals”.

“It was a lovely time and it helped open my eyes to many things. I had the opportunity to study a career in another language, learn, play soccer and meet great friends from Chile, Venezuela and Spain” she explained.

However, she didn’t settle for the double university degree and also studied in Spain for a Master’s degree in International Management of Sports Organizations run by the ESBS training centre and the Valencia CF Foundation.

Gaitán, who won the gold medal with Colombia at the 2019 Pan American Games in Lima, feels that in her country it’s still difficult to have stability as an athlete.

“In 2017 the first women’s soccer league in history was set up, which only lasts three months and has not yet been able to develop as it should” she explained.

The Valencia player, who celebrates her fifth season with the club this year, stated that it’s “a very enriching experience” and added that she’s also happy to have experienced the growth and development of the Iberdrola League in recent years.

In the middle of the current situation as a result of coronavirus, her team maintains training sessions on the usual days and times during the season and trains at group level via video calls so as not to lose physical fitness and to “try and keep up the good vibes and the group connection” Gaitán said.

Lastly, on her team’s difficult qualifying situation, the player explained that, despite having had emotionally difficult moments during the season, they now want to “do things right”, “keep working” and, above all, ” to return to play with complete peace of mind”. 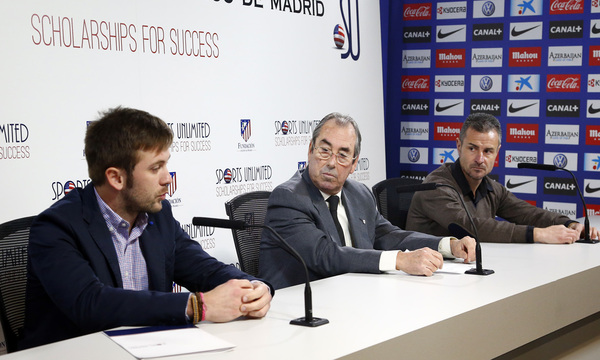